Puduhepa - Great Queen of the Hittites

Puduhepa was a Hittite Queen, a Tawananna - married to King Hattusili III. She has been referred to as "one of the most influential women known from the Ancient Near East." 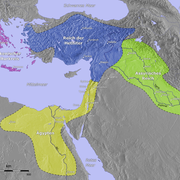 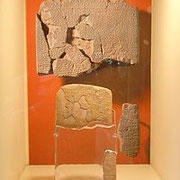 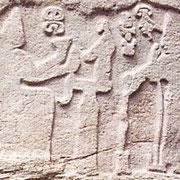 Puduhepa was born at the beginning of the 13th century BC. Her father was the head priest of Ishtar, and Puduhepa grew up as a priestess of this same goddess.

On his return from the Battle of Kadesh, the Hittite king Hattusili met Puduhepa and, it was said, Ishtar instructed him to marry her. When her husband rose to the Hittite throne, Puduhepa became not only queen but Tawannana.

- The Hittite empire was reigned by a "Great King" and a "Great Queen or Tawannana". Both were titles for a lifetime, so when the king died the Tawannana continued her reign together with the next Great King. Both King and Tawannana were also highpriest and highpriestress.

Puduhepa had an important role to play in the Hittite court and international diplomacy of the period. She would appear constantly by the side of her husband as he made his rulings and decisions. It appears however that she was portrayed reigning hand in hand with her husband rather than subservient to the king.

After the signing of the peace treaty, she played an important role in diplomacy with Ancient Egypt. Puduhepa communicated personally with the king of Egypt Ramesses II calling him "brother" and Nefertari "sister".

After the death of Hattusili, the role of Puduhepa expanded under the reign of her son Tudhaliya IV, under the title of goddess-queen. She was involved in judicial matters to the point of intervening in legal cases.

Her probably biggest contribution to the Hittite empire was to organise, group and rationalize the over 1000 goods and respective rituals of the Hittite religion.

Her daughters were Maathorneferure with the title of Great Queen of Egypt and Princess Kiluš-Ḫepa.

Between 1700-1200 BC the Hittites ruled an empire in what is now central Anatolia. They pioneered in several areas:

* The first written constitution in the world

* A tolerant state religion, which allowed all gods.

This is the story of THE HITTITES, the most powerful people in the ancient Near and Middle East. Narrated by Academy Award WinnerJeremy Irons, THE HITTITES, brings the fascinating history of this mighty empire to life with expert interviews, stunning cinematography and visual effects, including a breathtaking recreation of the Battle of Kadesh between the Hittite armies and those of Pharaoh Rameses II.